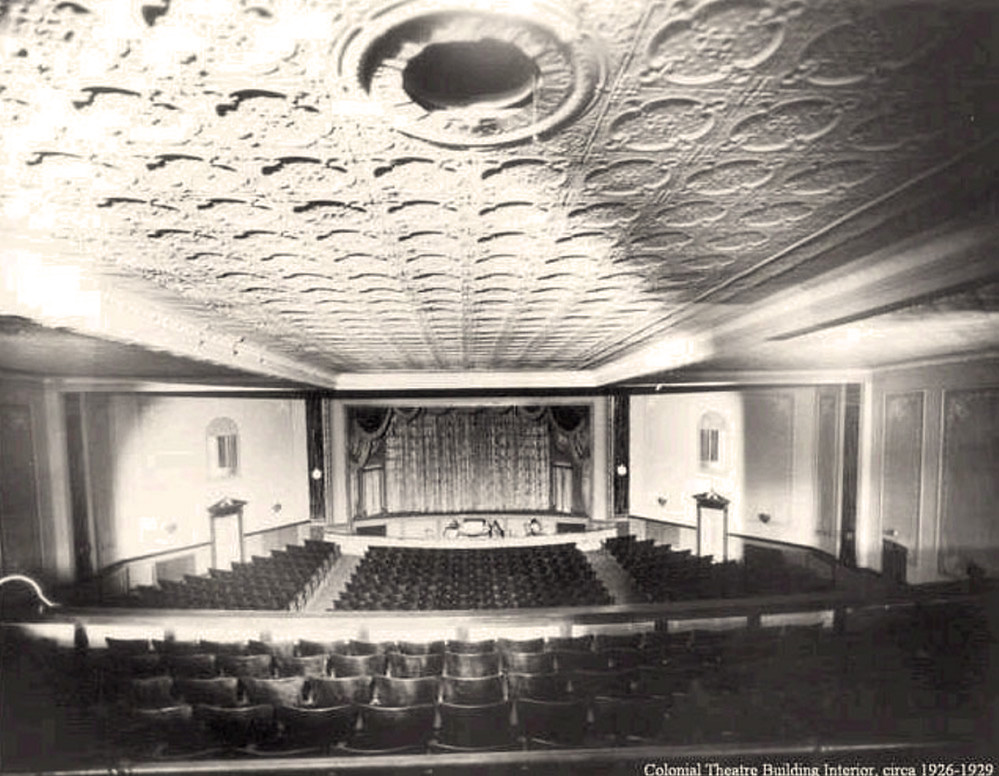 The Colonial Through The Years

The Colonial Theater on Water Street in downtown Augusta was once a lively cultural center. Closed and vacant since 1969, it fell into disrepair for several decades until it was saved from demolition. 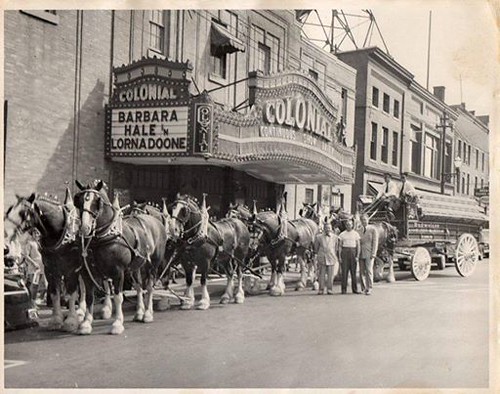 The Colonial Opens To The Public

In late 1913, the Colonial opened to the public. The previous year, young Augusta resident William B. Williamson founded the Maine Theatre Company in collaboration with William P. Gray of Lewiston. The Colonial was built on the site of the former Comique Theatre. Harry S. Coombs was the architect hired to design the theater. Early on, the Colonial was primarily used for silent films accompanied by an orchestra. 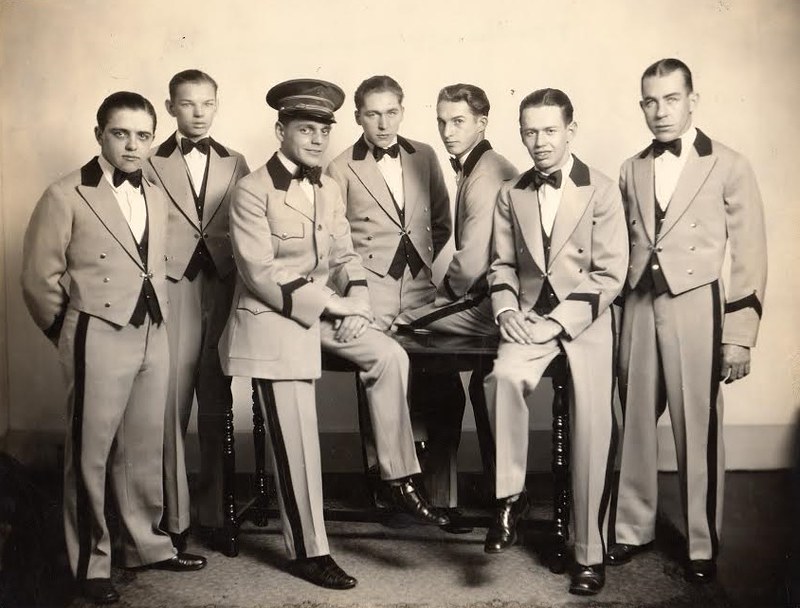 In late 1913, the Colonial opened to the public. The previous year, young Augusta resident William B. Williamson founded the Maine Theatre Company in collaboration with William P. Gray of Lewiston. The Colonial was built on the site of the former Comique Theatre. Harry S. Coombs was the architect hired to design the theater. Early on, the Colonial was primarily used for silent films accompanied by an orchestra. 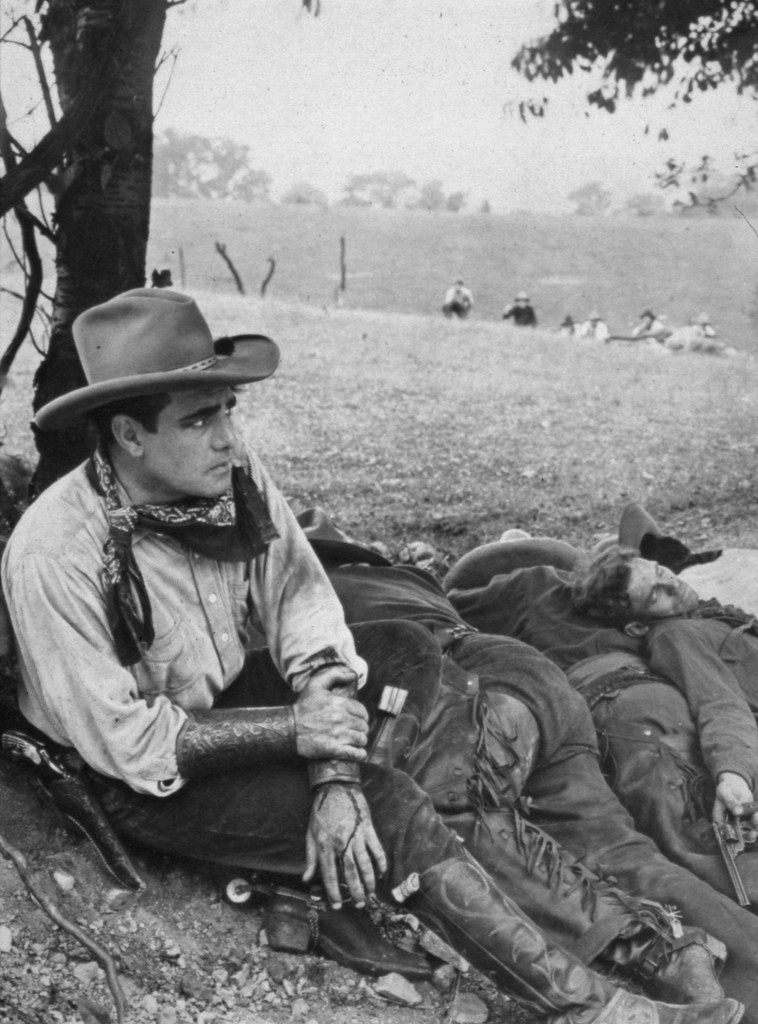 In 1918, Williamson together with Blaine Viles and Guy Gannet, established a movie production company in Augusta named for the New York actor and manager of the company, Edgar Jones. Jones used the writings of Holman Day, a prolific Maine writer from Vassalboro and graduate of Colby College, as the basis for many of the film story lines. 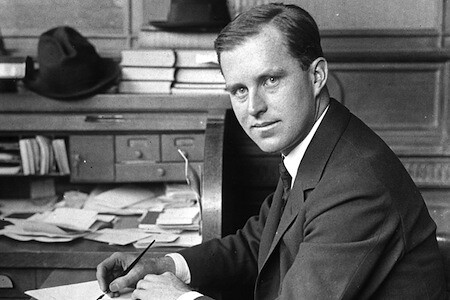 Kennedy family patriarch Joseph P. Kennedy purchased the Maine-New Hampshire Theatres Company in 1919. Though he was not an owner of the Colonial, the company operated and assigned movies to the theater. 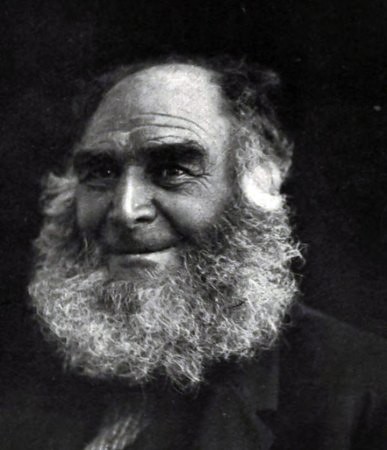 Fire at the Colonial

In the early morning hours of May 5, 1926, the interior of the Colonial was gutted by a tragic fire. The day after Williamson announced that the theater would be re-built and would open as soon as possible! 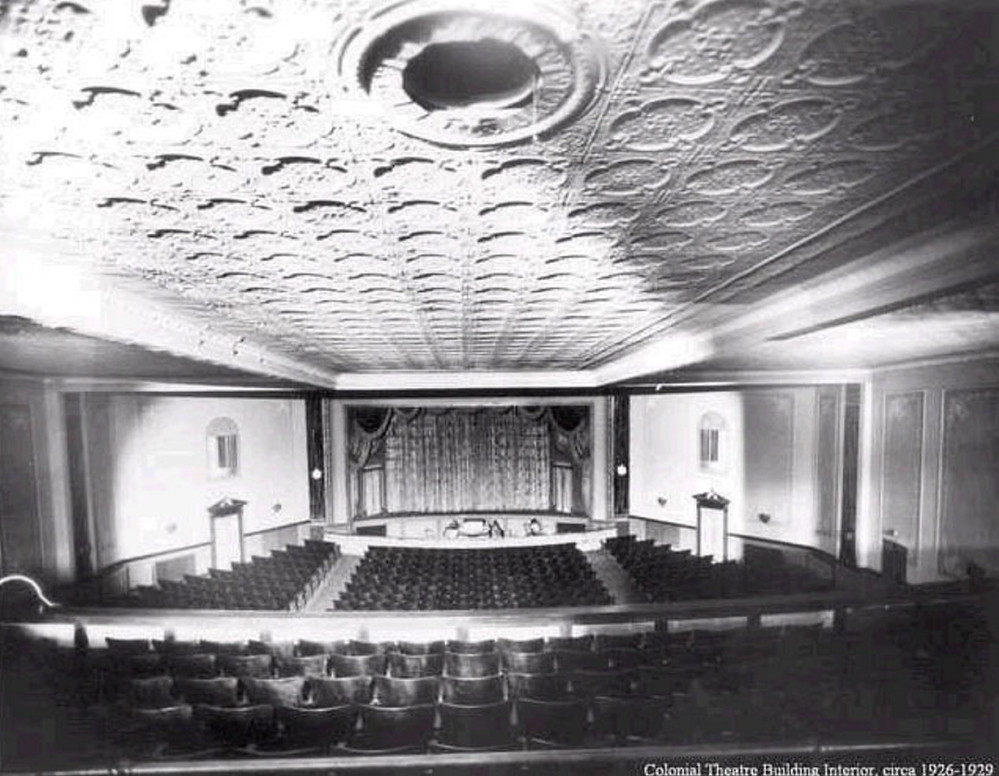 The Colonial re-opened to the public on February 2, 1927. The Kennebec Journal reported, “In equipment and furnishing Augusta’s new moving pictures house will rank amongst finest in New England.” The redesigned interior was completed by Bunker & Savage Architects of Augusta, their first commissioned theater. Bunker & Savage went on to design the Cony High School Alumni Auditorium in Augusta, the Paramount Theatre in Fort Fairfield, the rebuilt auditorium of Johnson Hall in Gardiner, and the Criterion Theatre in Bar Harbor.

A Venue for First-Run Films for over 40 Years

The Colonial continued serving as a “first-run” venue for films until February 1969.

← Weekly program from the 1940s found during construction. 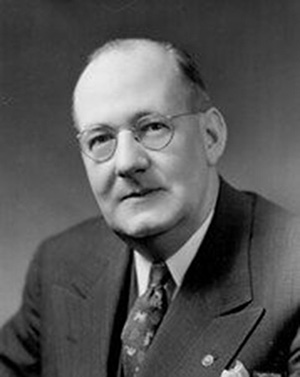 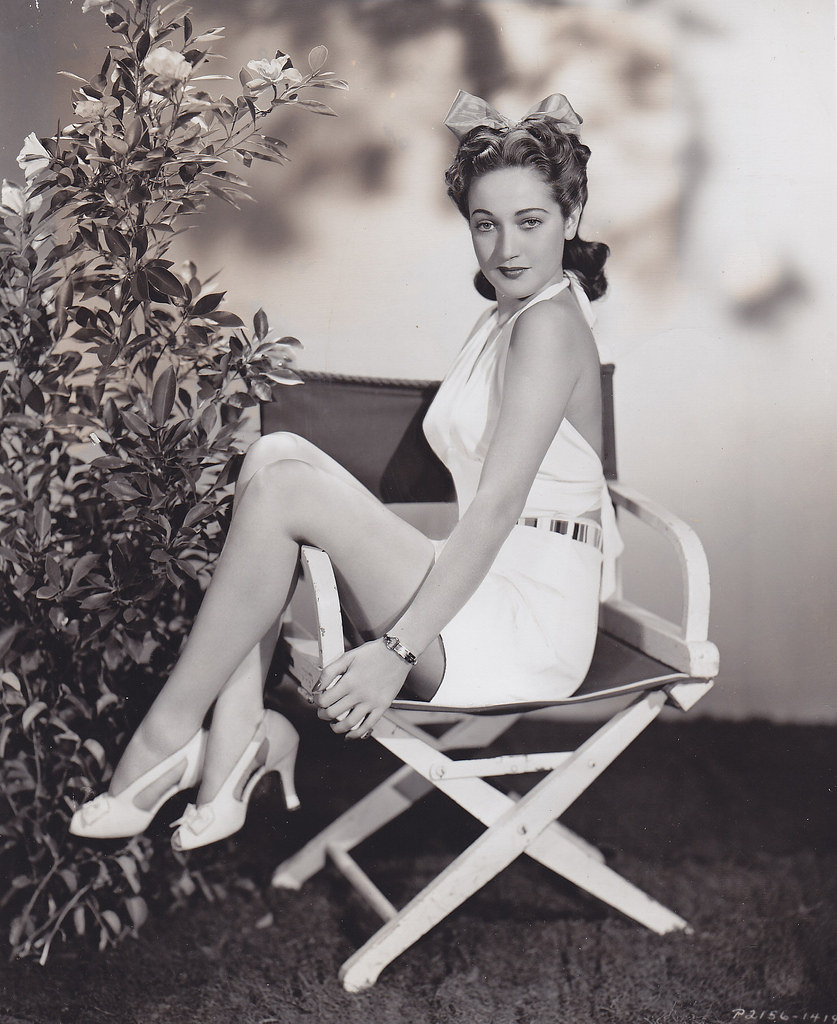 In September of 1942, film star Dorothy Lamour came to sell war bonds in support of the WWII effort. She was a sensation in town! She got to tour the area, the mayor gave her a key to the city, and citizens donated generously to the effort. 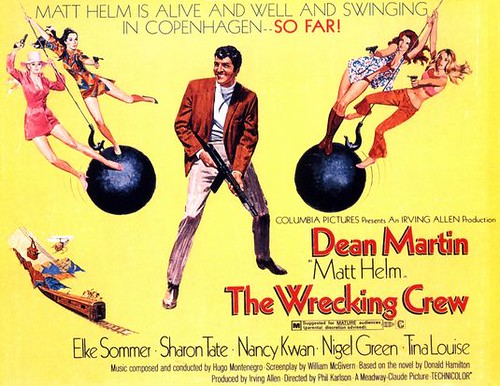 The Colonial closed in 1969. The last film shown at the theater was ‘The Wrecking Crew’ starring Dean Martin, Elke Sommer, Sharon Tate, and others.

← Movie poster for “The Wrecking Crew” 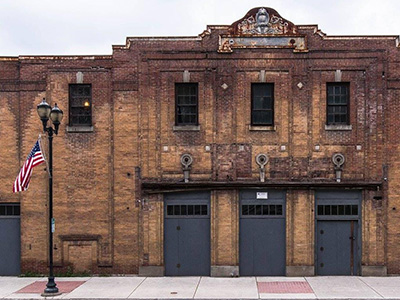 The Colonial Is Sold

The In 1970, the building was sold to a local office supply company and used for storage until the business moved to North Augusta around 1995. 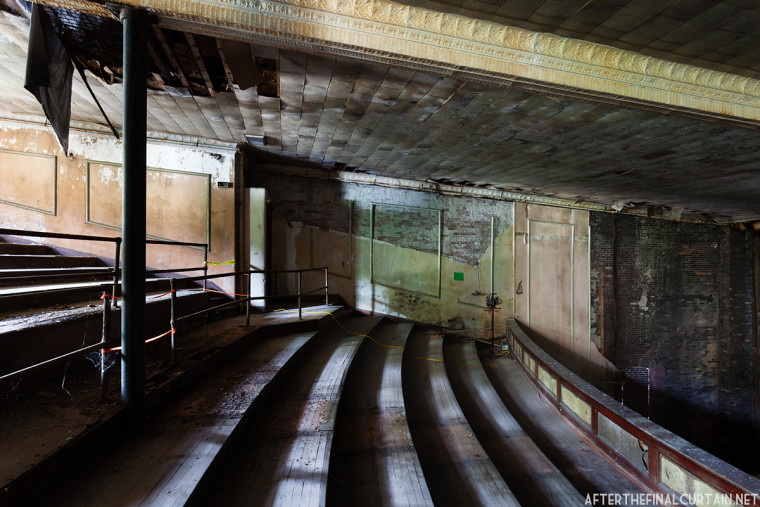 From 1970 to the late 1990s, the once-grand Colonial sat mostly abandoned and neglected. At one point, it was considered so dangerous city firefighters were instructed to stay out of the building.

← View of the Colonial’s balcony

(After the Final Curtain) 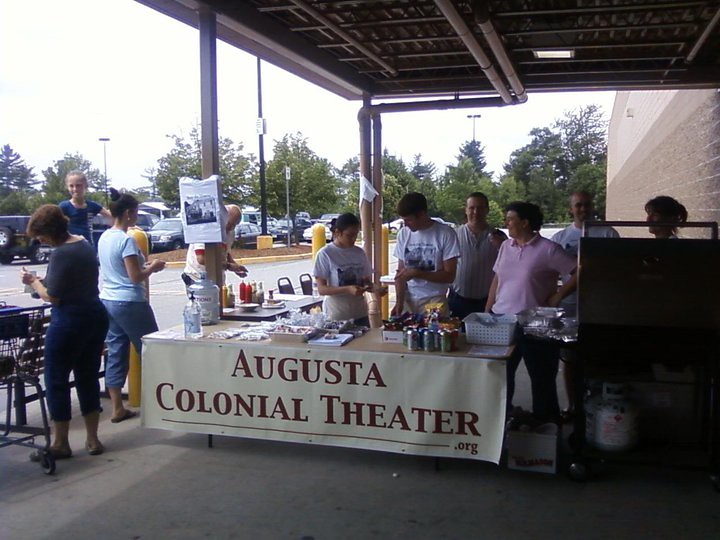 In 2009, citizens raised concerns about the safety of the building and those concerns reached city officials. In response, the nonprofit rallied to raise awareness and gain supporters. Renewed energy in 2009-2010 paved the way for the current restoration effort.

← Advocates for the Colonial host a BBQ fundraiser

Maine Preservation lists Colonial as one of Maine’s ‘Most Endangered’

In 2011, the Colonial was listed on Maine Preservation’s annual ‘Most Endangered Historic Resources list. They concluded the theater “is threatened by deteriorating conditions caused by deferred maintenance.”

← The exterior of the Colonial as it appears today. 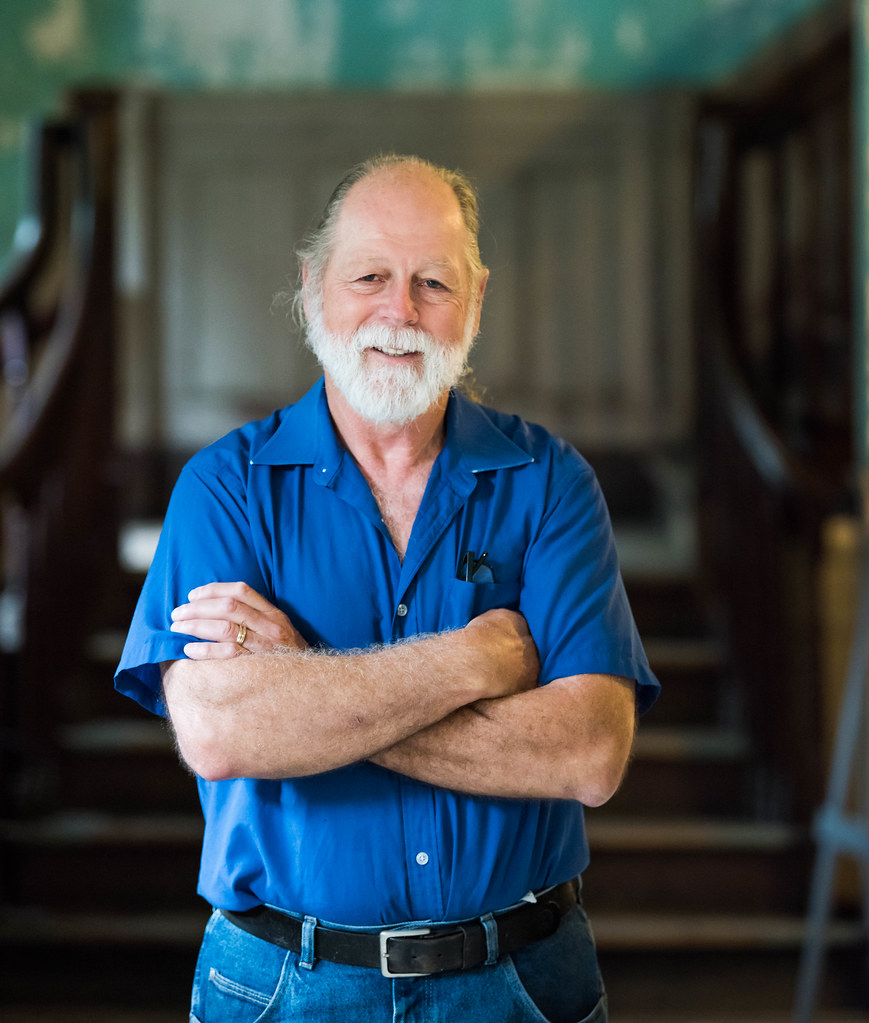 In early 2014, successful businessman and developer Richard Parkhurst took over as chair of Colonial’s Board of Directors. A clear vision for the future emerged and with it, a renewed effort to restore the Colonial as a vibrant, performing arts and cultural center in downtown Augusta. 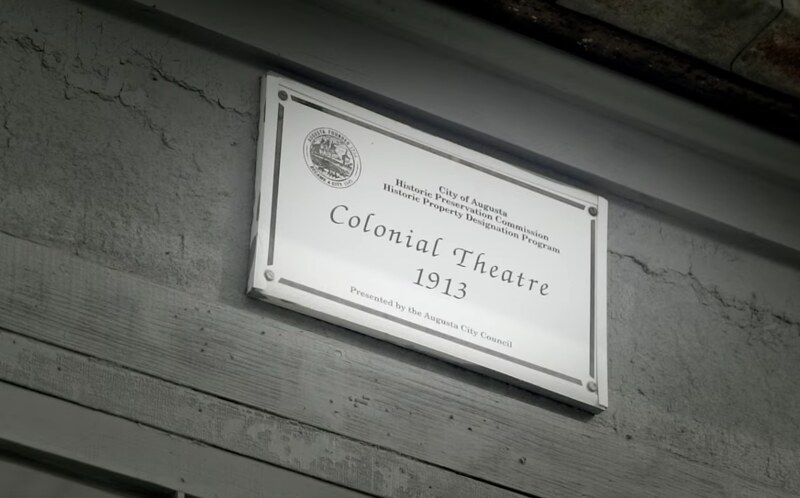 Colonial placed on the National Register of Historic Places

In 2014, the Colonial was listed on the National Register of Historic Places. Christi Mitchell, an architectural historian and assistant director of the Maine Historic Preservation Commission, noted the building is significant as the last surviving movie theater in downtown Augusta and “as an eclectic example of early twentieth century design by a noted architect in downtown Augusta and … in recognition of the establishment’s lengthy significance as the town’s most important cinema.”

← An overview of the Colonial produced by True Life Media.

In 2016, with the designation of the Colonial on the Historic Register, Mr. Parkhurst and, the Board launched the capital campaign ACT NOW to raise additional funds needed for rehabilitation, expansion, and two years of operational costs.

The Colonial Theater represents an important piece of Augusta history – that of the early film (silent and sound) industry in the United States.

Opened in downtown Augusta in 1913 to plans by the Maine architect Harry S. Coombs. The building exhibits the lingering influence of Beaux Arts design, coupled with Georgian Revival details and a retrained, geometric patterning that anticipated the Art Deco style. The building suffered extensive damage in 1926 fire, and the rebuilt theater, completed shortly thereafter, was larger than the earlier. It featured silent films with live music until sound pictures were introduced in the late 1929.

In 1918, Edgar Jones Production, Inc. opened a motion picture studio in Augusta, and in 1919, Mary Astor and Evelyn Brent made movies here. Maine writer and film producer Holman Day made a number of films in the Augusta area and premiered them at the Colonial. Dorothy Lamour made an appearance here during WWII, for a bond drive.

In its heyday, the Colonial was a primary site for entertainment for residents before the age of automobiles, videotapes and cable TV. The Colonial was one of two theaters in Augusta; its competitor, the Capitol Theatre, was at the other end of Water Street. The Capitol was demolished in 1983 after a major fire, the third in the building’s history.

The Colonial was purchased by a private individual in 1970 and used as storage for many years. Leaking roof drains and a hole in the roof allowed water and birds into the building, causing significant damage. In 1995 a nonprofit group, Colonial Theater, Inc., was founded to save the building. They acquired the property in 1997. Since then, several individuals and developers have expressed interest in rehabilitating the theater; in each case, however, the project never got off the ground.

Faced with the necessity to decide the building’s future, Colonial Theater, Inc., pursued its own plan. (Fall 2009) First, the theater confirmed its eligibility for nomination to the National Register of Historic Places. This affirmed the significance of preserving the theater as well as providing for a certain level of protection and financial opportunities. Next, a collaborative partnership was formed with several key organizations: Maine Preservation, Maine Downtown Center, Augusta Historic Preservation Commission, Maine Historic Preservation Commission and others.

In 2011, the Colonial was listed on Maine Preservation’s list of Most Endangered Historic Resources. After a structural assessment, the building was determined generally sound, but in need of repairs to ensure its continued preservation and reuse potential.

In 2014, the Colonial was listed on the National Register of Historic Places.

Since 2015, major structural repairs have been completed including replacing the roof and rebuilding a large portion of the auditorium floor. In November of 2019, restoration of the front façade began and in 2020, the front of the building was restored to its 1926 appearance with the exception of the marquee.

Advertisement from the Daily Kennebec Journal, May 1929.

With your support, we can make the Augusta Colonial Theater better than ever before.